This is a repost of a news article as featured on hometownnewsbrevard.com

GenH2, which describes itself as a hydrogen infrastructure company, has announced it will be building its global headquarters in Titusville, per a release on its website.

The campus in totality will cover 10 acres at a site formerly occupied by Eckler’s. The existing property will undergo a $35 million renovation. When completed, it will include an advanced research lab, light manufacturing center, educational and training classrooms that relate to community management, office and conference rooms, and walking trails.

“We narrowed it down to three states for our final decision,” said Rusty DiNicola, COO of Gen H2. “Florida had a number of key things for us. One was the ability to work with the city and the county, and in particular the North Brevard Economic Development Zone. Obviously, this is a property that’s been around for a bit and it has been occupied – and the city and the county were highly motivated to have somebody come in and take ownership of that and revamp the building.”

Some particulars of the local area also led to the company’s decision to bring the global headquarters to Titusville, Mr. DiNicola said.

“We want to be a key player in the community,” Mr. DiNiCola said. “….Demographics are fantastic as well because we not only have the engineering community here, that’s tied in with the space program, but the local high schools actually now have programs where people are learning welding and how to be electricians – that can be key to what we’re doing as well – and of course, all of the wonderful universities that are close by to recruit from.”

In addition, the campus will feature a hydrogen technology visitor center & gallery that will be open to the public.

“We wanted to be a great education place,” said Mr. DiNicola. “We already do education for a number of companies globally, but we want to expand that. We want it to be available to people that come into the Space Coast to be able to come by and find out what the hydrogen economy is all about – what’s going on? How is it used? How is it made? And particularly talking about safety, because I think that’s a commonly misunderstood component of hydrogen.”

Mr. DiNicola added that the company wanted to have hands-on and automated exhibits at the new global headquarters where people can “walk through and touch things.”

“We’re even planning on having a hydrogen gift shop,” Mr. DiNicola said.

Mr. DiNicola indicated that the company had hired about 25 employees so far. He added that the initial phase would see 60 employees or so come on board, and then eventually over 100, as the campus renovations continue. “Currently, we’ve been posting positions on LinkedIn and on Indeed.com and will continue doing that,” said Mr. DiNicola. “…We’re looking local first and then outside as the talent pool requires.” The first phase of the project, which involves the major construction on existing components at the property, is projected to be complete sometime in the first or second quarter of next year, Mr. DiNicola said.

The company also has facilities in Texas and New Mexico. It says it will hire more than 400 employees this year.

“Some of the other facilities, they’re actually located in different elevations and different humidity conditions – which come into play with some of the research we do. So there’s sort of additional R&D (research and development) pieces out there, but primary R&D will be done here,” Mr. DiNicola said. “This is where the initial assembly components will be – where we’ll actually assemble the actual components that we’re going to sell and then distribute around the United States and around the world.”

Those interested in more information about the company should visit GenH2.net. 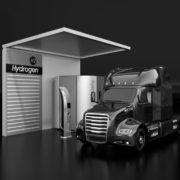 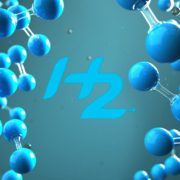 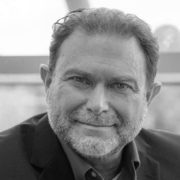